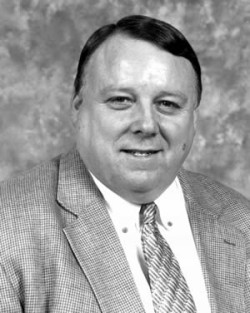 Joseph Mello was the choral director at Kittatinny Regional High School in Newton, New Jersey for thirty-six years, retiring from public school teaching in June, 2011.   He is a graduate of Glassboro State College where he studied conducting with Professor Clarence W. Miller.  He furthered his conducting studies with Dr. Michael Mendoza and Dr. Doreen Rao.  His choirs have performed widely on the east coast from Florida to Canada, in California, and were featured on the NBC Today Show.

In 1985, Mr. Mello was selected to receive the New Jersey Governor’s Recognition Award and was also named the 1986 Kittatinny Regional High School Teacher of the Year.  In 1986-87 he was named the Sussex County (NJ) Teacher of the Year.  In 1990, he was the recipient of the Governor’s Award for Arts in Education Distinguished Leadership Award.  He was awarded the Yale Distinguished Music Educator Award by the Yale University School of Music at their International Symposium on Music Education in the Public Schools in May, 2007.  In 2009, Mr. Mello was named New Jersey’s Master Music Teacher.  He also received a New Jersey Governor’s Award for Arts in Education as a Master Music Teacher in 2010.

Mr. Mello serves as the Director of Music at Christ Episcopal Church in Newton, a position he has held  since January, 1979.  He was appointed the conductor of the Water Gap Singers in Warren County beginning September 2014.